(Updated January 2020 – This article has been submitted to me by a previous client who wanted me to share this information. Because I know the level of accuracy is quite high, I am delighted to share this message. The author wishes to remain anonymous.) 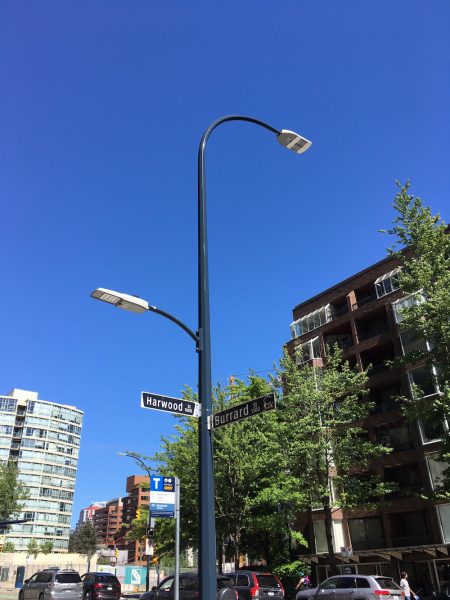 The following article represents my best opinion based upon personal observations, research, direct experiences, intuition and wisdom. Mainstream scientific knowledge, while technically complex and relatively accurate, is not all-encompassing, usually biased and often lacking honesty and transparency. “5G” – or fifth-generation wireless telecommunications – is a blanket term for a number of projects that rely on multiple technological and natural phenomena. This article will attempt to focus on two key elements of 5G: equipment and LEDs.

5G telecommunications infrastructure has been installed, with high costs having been charged to the general public through tech-device purchases, service provider fees, taxes and so on. The public is waiting for 5G to be “rolled out” or “turned on” in their neighbourhoods, however, there is no on/off switch per se. 5G is and has been operational for some time now and you have already been unknowingly interacting with “5G”. The functionality of 5G is a gradual process (like slowly turning up a lamp’s dimmer switch).

All over the world, especially in denser cities, street lamps have been retrofitted with “efficient” LED lamps. Public LED lighting has been added to parks, sidewalks, alleyways, etc., even where lighting hadn’t existed before. There has been little or no mention of these efficiency upgrades. How often have you seen workers installing these lamps? Rarely, if ever? Older street lamps used Sodium Vapour (the older orangey-yellowish ones), Mercury Vapour or Metal-Halide bulbs. The old lamps used more electricity than LED lamps, so an efficiency upgrade seems reasonable. However, there is much more to know about LED technology and its covert, back-end functions. LED streetlamp retrofits were intended to be an invisible transition, paid for by your taxed dollars.

5G antennae and related hardware are being discretely built into public infrastructure right under your nose. In order for 5G to function fully, the infrastructure must literally be everywhere. We are receiving little to no stock/ownership or dividends from these retrofit investments – certainly no discounts on our electricity bills. Consumers are purchasing goods and services such as car/bike sharing, smart mobile devices, cellphone/data services, computers, appliances, residential lighting, automobiles, toys… all with 5G infrastructure built-in. A major plan for 5G is the driverless vehicle – autonomous and remotely operated personal, construction and shipping vehicles. Fully autonomous transportation requires full-on 5G infrastructure. Expect to see an exponential increase of fully autonomous vehicles on the road very soon. Electric cars are problematic for a number of reasons, the main problem being the electricity. Powerful battery packs will be positioned under your seat, emitting harmful electric fields into vehicle occupants.

An LED or Light Emitting Diode is an electronic device that emits a particle stream of visible light. An LED particle stream shares similar properties to a laser beam. LED light is like a cross between laser and “normal” light. The particles in a beam of LED light are not as linearly aligned and organized as laser light, so the beam scatters a little as it travels through space. As such, it is much easier to diffuse LED streams through optical lenses to generate the appearance of normal ambient lighting.

LED particles penetrate cellular membranes and interact with DNA frequency structures. How DNA is affected depends largely on emitted frequencies and atomic properties such as particle charge and spin. Certain frequencies are generated by pulsing an LED’s energy source. Imagine the particle stream of light as a super-fast morse code message – dot-dash-dot-dot-dash… High frequency, high-resolution digital pulsing is impossible to accomplish with incandescent or fluorescent lighting since those lamps dim between energy cycles (like flickering candlelight). Also, light emitted by traditional lamps and natural sources consists of waves of visible energy, therefore the resultant light does not contain a dense stream of charged particles like LED light.

Every single LED device contains circuitry to generate those flicker rates. The circuitry itself generates radio fields of specific frequencies and wavelengths. LEDs are known to interfere with some radio devices such as garage door openers, tv remotes and short-wave radios. The circuitry adds emf pollution to the environment, which disrupts bio-energetic functions in the human body. 5G technology relies on these LED generated fields operating in unison with traditional cellphone antennas, wifi routers and so on, to wirelessly exchange enormous amounts of data through the environment. Smart LED bulbs already use wifi and bluetooth technology for front-end public usage.

LED’s and solar panels are essentially the same thing, both are photodiodes, meaning they convert light into electrical energy. A single LED can be easily wired to shift between light emission and electricity generation. When paired, LED’s can function as wireless two-way communication devices. They can also be phase-locked, meaning that they can influence each other to pulse in unison. Trillions of LED’s on cars, lamps, traffic signals, toys, screens, and so on are synchronizing across the world into giant oscillating waves of light.

Digital camera sensors are also photodiodes. Camera sensors are capable of capturing broad ranges of non-visible energy, which can be rendered visually with software designed to do so. Of course, we the public are not seeing any invisible energy captures on our smartphone cameras… but someone is. Digital cameras and their interface with 5G is too complex a tangent to sufficiently address in this article. Suffice it to say, there are a whole lot of photodiodes on our planet today and their function in greater 5G operations is paramount.

With LED infrastructure being EVERYWHERE (street lamps, traffic signals, automobile head/tail-lamps, signs, toys, public art installations, shopping centres, and on and on as the list grows) various frequencies can be transmitted and received anywhere by telecommunications entities. For example, frequencies can be targeted to a specific LED device, to program that lamp to emit specific pulsed frequencies in its particle stream, thereby affecting DNA near that device.

Your body must provide feedback to the algorithms tasked with operating self-driving vehicles. You must directly and immediately interact with “AI” in real time, at all times. Therefore, all living cells on the planet have long since been hijacked by EMF technology. Just like a radio antenna can be a transmitter/receiver, your body is also an antenna – a biological antenna with spirit. Your nervous system is being phase-locked with the 5G infrastructure. You have been physiologically digitized. You are receiving digital stimuli from all this tech, causing your brain/nervous system to constantly respond sympathetically. Your phase-locking with these frequencies does all kinds of insidious things to your body and mind. Pulsed LED light in your eyes induces trance. People enter into various states and levels of trance all the time for different reasons because trance is an important part of the human experience. Fields of specific frequencies effect moods, organ function, mental function and so on.

LED particle streams are toxic. Low powered LEDs are mild, while high powered are considerably toxic. Consider that a strong laser beam to your skin will burn a hole through you and how laser hair removal painfully burns hair follicles. When your whole body and eyes are constantly bathed in LED light, you are experiencing a prolonged irritant. Your body is in a constant state of repair, which is obviously exhausting. There is potential for eye loss/damage, especially as time goes by for those who began life exposed to LEDs as infants. As your physical body is assaulted by this particle stream, your auric field responds accordingly and autonomously. Your energy field becomes altered. A weakened and altered energy field affects overall health and wellness, and makes a person vulnerable to energetic attacks of technological and super-natural kinds.

As if everything explained above isn’t already “out there” enough, what follows is likely the most controversial of this article:

By emitting phase-locked pulsed light and EMF at very specific frequencies to create spatial geometric patterns of light, certain spectrums of visible light can be refracted. In other words, you can’t see certain things and/or phenomena right in front of your eyes, essentially blinding you. LEDs are one player in the planetary-wide agenda of human perception blocking technology. Artificial frequencies now encompass the entire atmosphere, including the upper-atmosphere. 5G will block/blind and manipulate extra-sensory perceptions, generating “false intuitions” for example. I think you would agree that is quite insidious.

I’ll close this article with my personal commentary:

Reality is far, far, FAR more fantastical than known. Our world is bizarre. People are strange and getting stranger every day. Disconnected, zombie-like people lacking basic logic and rationality. The 2020’s will be utterly surreal to anyone born before the 80’s, unless those elders have been completely hacked by trans-human technology. Humanity is being rapidly evolved by artificial means. Be prepared for extreme levels of surreality… psyche yourself up for it. Be prepared for more vacant minds with more random behaviour, suffering from more mysterious psychological and physical maladies. The effects of biological hijacking will be compounded by powerful frequencies radiated by the 5G-LED-Smart-Grid. People will feel a sort of shock to their holistic systems and have no idea what they’re experiencing or why. Some will not fair well and will have real trouble acclimatizing.

I believe it’s important for you to know what’s underway. By knowing, you are empowered to consciously choose to either acquiesce or rescind this 5G paradigm.

You may decide that you want nothing to do with all this stuff. Unfortunately 5G is a done deal and LEDs are everywhere. Bio/terrestrial hi-jacking has been underway for centuries. Too many people are excited about advancements in technology and see new-tech as part of humanity’s progressive evolution.

Demonstrations and lectures against all this stuff will accomplish nothing. Preaching to your friends and family will likely have you alienated and/or seen as a kook. Shouting at the government will fall on deaf ears. Violence will get you injured and probably incarcerated.

If you have any creative or alternative solutions for dismantling 5G onslaughts, please implement them immediately and share your methods with like-minded people whenever possible.